Springfield Armory is at it again. The recent introduction of the Hellion 5.56mm bullpup will catch some by surprise. It should not. The Hellion confirms Springfield Armory is committed to offering its customers the best products in a multitude of categories. CEO Dennis Reese should be given credit as the guiding hand behind these efforts.

Bullpup style rifles have always generated strong opinions. Bullpups are firearm configurations in which the action/magazine is located behind the trigger group in the space normally reserved solely for the stock. Bullpup advocates put forth a litany of reasons supporting their position. For example, bullpups are 7-10 inches shorter compared to traditionally laid-out weapons with equal barrel length, thus improving maneuverability and handling. Compactness is one of the most oft-repeated positive attributes of the bullpup rifle; all the while maintaining a full length barrel to maximize cartridge performance. Shorter overall length, center of gravity toward rear of rifle, and hands being closer together on the rifle makes the bullpup seem lighter and handier than standard profile rifles.

Let’s face it, we live in an AR centric firearms world here in the U.S. Advocates claim that nothing more than pointless moribund American traditionalism is stifling bullpup-style weapons from being adopted widespread. After all, the military forces of many countries, including France, Austria, England, Israel, and China have all adopted and fielded bullpup rifles.

On the other side of the equation, detractors denigrate bullpup effectiveness to the point of challenging the basic raison d’être for the design. This is based on aesthetics and ergonomics. The hesitancy with experienced shooters adapting to the bullpup stems from the bullpup’s foreign manual of arms when compared to traditional rifles. For example, bullpup magazine changes are different and the action isn’t as readily visible as it is on a traditional rifle. Bullpup naysayers like to point out the action on a bullpup is dangerously placed next to the user’s face. Another point raised is that bullpup weapons are not as ambidextrous as other designs.

While bullpup examples exist as far back as the early 1900’s, development started in earnest after WWII with most sources pointing to the British being at the forefront of the platform’s design. The groundbreaking German StG 44, the father of the assault rifle genre of weapons, with its high-capacity detachable magazine, select-fire capability, and 7.92×33 Kurz cartridge prompted this. The British saw opportunity to get rifle-like ballistic performance out of a package that, up to that point, had been reserved for SMGs firing pistol caliber cartridges. The emphasis was to find one platform to replace multiple types of sub-machine guns and battle rifles.

The WWII experience made it obvious that modern warfare would require the infantry to be armed with a light, compact, select-fire weapon with an effective range of fire much farther-reaching than that of a submachine gun, but shorter than that of conventional semi-automatic or bolt action battle rifle due to battles moving from traditional “open field” conflicts to close-quarters engagements. The short overall length of a bullpup was an asset in these new conditions. It was also advantageous when troops were being transported and engaging from fighting vehicles, which aren’t known for their spacious accommodations. The choice of the bullpup design was seen as a necessity to retain ballistic performance while allowing for reducing overall length.

The Hellion’s cousin, the HS Produkt VHS, was adopted by the Croatian Army in 2009. The VHS-2 update appeared in 2013. The Springfield Armory Hellion weighs 8 pounds and measures approximately 28.25 inches with buttstock collapsed and 29.75 inches with the stock extended. The adjustable buttstock is one of the Hellion’s most distinguishing features and separates it from most other bullpups on the market. A full length Picatinny rail runs down much of the upper receiver. The rifle comes with functional iron sights that also serve as back up iron sights since the rail cries out for a red-dot or low-powered optic. The Hellion operates using an adjustable short-stroke piston system firing from a closed bolt position. The gas system has normal and suppressed settings. The rotating bolt has seven radial locking lugs, a spring-powered extractor, and ejector. The Hellion features M-LOK slots on the sides and bottom of the forend, along with numerous sling position options.

Ambidextrous controls are present, including a centrally located non-reciprocating charging handle found under the Picatinny rail. It can be swung out to either side of the receiver for operation. The bolt release is a sliding lever behind the magazine well. Its location is equally accessible with either hand. Sliding this horizontally to the rear will release the bolt when it’s locked back. Manually locking the bolt is awkward with no dedicated control. Manually open the action with charging handle, reach up into the open action with your finger and push the bolt hold lever upward like an empty magazine would. Ejection ports are on each side of the receiver. A trip to an armorer is not needed to change from left- to right-side ejection. Simply field strip and rotate the bolt 180 degrees in the bolt carrier. Move the port cover to the opposite side of Hellion where empty brass in not coming through. As with most bullpups, transitioning between shoulders is not advised as there is a good chance empty brass will strike you in the face. A self-correcting problem, once experienced.

Generally speaking, the triggers of most bullpups are not well thought of. This is due to the linkage required between the forward placed trigger and rear placed action. The Hellion trigger takes approximately 8 pounds of pressure to fire and has a large amount of travel. Our suggestion is to treat the Hellion trigger like a double-action revolver. One should not try to stage the trigger, but rather, work it smoothly.

Compactness, while maintaining a full length barrel to maximize cartridge performance, is one of the most oft-repeated, positive attributes of the bullpup platform. Bullpups are generally the same size of short barrel rifles without having to resort to sub-16-inch barrels, and their slower bullet velocities, to achieve this size. The Hellion features a hammer-forged 16-inch, 1:7 twist Melonite-treated barrel, while still only measuring 28.25 inches in length.

You can discretely transport the Hellion in Elite Survival System’s SUMMIT backpack. Try that with a 16-inch-barreled AR-style rifle. The SUMMIT backpack offers hide-in-plain sight transport with enhancements that accommodate ancillary gear. Aesthetically, the SUMMIT is designed to look like an inconspicuous hiking pack and is sized to conceal a broken-down or short-barreled rifle with plenty of room for mission-critical gear. The Hellion snuggles in nicely.

A padded panel divides the SUMMIT pack, keeping weapon segregated from prying eyes if the front of pack is unzipped. Internal foam padding at the top and sides, a padded bottom, and integrated weapon retention straps ensure safe, stable, and secure carry at all times. Carry handles on the sides and top are another nice touch. The SUMMIT is constructed of 500 denier nylon.

A ZeroTech Optics Vengeance 1-6×24 optic was mounted on the Hellion. As an Australian company, ZeroTech is still relatively unknown in the U.S. market. Its U.S. operation is based near Murfreesboro, TN, though the brand carries 50 years of experience producing optics made to withstand the demands of the rugged Australian Outback. The Vengeance features daylight-bright illumination and capped turrets. Its 1-6×24mm power and illuminated, second focal plane RAR reticle allow for quick accurate ranging based on target size inside the unique horseshoe reticle and spaced hash marks. The reticle also provides bullet drop compensation marks, as well.

Combat experiences since 9/11 served as the catalyst for new, low-power variable optics such as the ZeroTech Vengeance compared to non-magnified red dot or fixed powered magnified optics. The Vengeance offers a 1x illuminated reticle setting for quick target acquisition at close range with both eyes open. A quick turn of the knob to 6x enables longer precision shots. The ability to access 6x while still being able to use an illuminated dot at 1x is a force multiplier. The ZeroTech Vengeance 1-6x is loaded with high end features such as a 30mm aircraft-grade aluminum tube with high transmittance glass for outstanding clarity, along with an integrated removable throw lever, ½ MOA windage/elevation adjustments, six levels of illumination with an on/off space between each setting.

Ammunition tested with the Springfield Hellion was a combination of Ammo Inc., Black Hills Ammunition, Hornady, American Eagle, Speer, and SIG Sauer loads. The Hellion kept all loads tested at or below 2 inches at 100 yards. Our range time consisted of moving around barricades and simulated cover while engaging an assortment of paper and steel targets at Echo Valley Training Center. The compact nature of the Hellion was appreciated when working around barricades, as was the bullpup’s ability to provide full-length barrel ballistic performance. The Hellion showed its true promise by performing not only within the 100-yard bays at EVTC, engaging multiple target arrays, but also back at the prepared firing line position. The Hellion/Vengeance optic combo produced consistent hits out to 350 yards on steel targets. The Hellion’s compact nature makes one forget it still features a 16-inch barrel. The recoil impulse of any 5.56mm chambered rifle is minimal, however, when working on sending multiple rounds downrange accurately, recoil management is important. The straight line bore axis and large surface area buttstock found on the Hellion dampens recoil better than most other 5.56mm rifles.

The Springfield Hellion bullpup’s center of gravity is toward the rear due to the placement of the action in the buttstock. This, combined with the shooter’s hands being closer together, makes the weapon seem lighter than it is. This contributes to better handling over time thanks to reduced fatigue on the arms and shoulders; an important consideration for CQB operations and structure clearing. Movement with the Hellion bullpup inside of structures is much easier and very similar to the size advantage offered by a SMG, and it comes without the terminal ballistic performance penalty. If you need to open a door, or other similar tasks, the Hellion offers an advantage, as it’s easy to use one-handed. You can effectively treat the Hellion like a big pistol, if the situation demands it.

Another example of the Hellion’s beneficial compactness is working around vehicles. As a driver or passenger, the rifle is short enough that you can have the Hellion pointed muzzle down between your legs with the buttstock resting on the seat cushion. The Hellion’s exterior is rounded with virtually no projections to hang up on straps, lines, vehicle interiors, or anything else. The front of the forend is oval, further limiting the chance of getting the Hellion snagged unintentionally while operating in tight environments.

It didn’t take much time to become familiar with the Hellion and its handling. It’s no different than switching between an AR and an AK, really. The magazine sitting closer to the body took some getting used to during reloads, as well as orientating hands when racking the charging handle during weapon manipulation.

Compared to a traditional action, arms aficionados will find the Springfield Armory Hellion’s differences intriguing and may desire one based on this uniqueness. Many will find the Hellion desirable due to its compactness and reliability. This combination is hard to argue against in terms of utility for any user. The handling advantages of SBR rifles are often touted as the difference-maker in terms of effectiveness. Why not enjoy this advantage while retaining barrel length and maintaining ballistic performance? Too often individuals get overly invested in a weapon platform, thus ignoring what might be a more advantageous system. Diverse experience with various platforms will serve someone far better than unreasoned devotion to only one weapon platform. The individual is the key to effectiveness, not the weapon. An operator with this type of mindset will surely appreciate the Springfield Armory Hellion.

Want to join the discussion?
Feel free to contribute!

Straight from the shadows * * * #optic #gunsofinst

@jaegerz999 SHREDDING with the M1 and the Trace Ad

The Vengeance 1X6 LVPO paired with the Thrive HD R 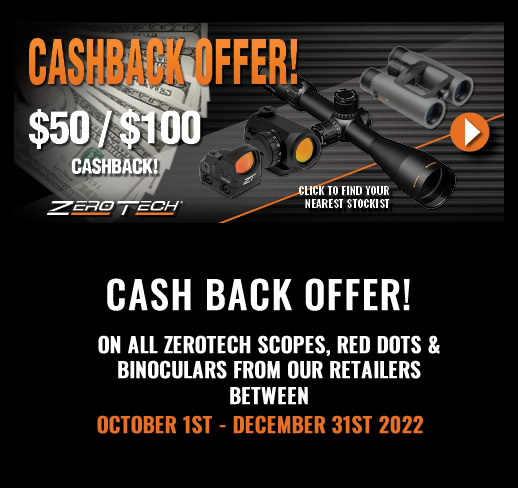